We spent many of my childhood holidays up in the little seaside town of Criccieth in Gwynedd, North Wales and I’d always wanted to visit the castle, yet we never went. So, when Mum & I treated ourselves to a last minute long weekend trip up to Criccieth, I made sure we had time to visit the castle.

Criccieth Castle stands high above the seaside town. Sat atop a headland between the town’s two beaches, the castle gives visitors a panoramic view of the sea, beaches, town and the mountains beyond. You couldn’t ask for a more stunning view.

Once through the visitor centre, access to the castle is via a fairly steep path (roughly 100 metres in length) with steps so anyone with limited mobility may struggle to get up there (wheelchair users are restricted to the visitor centre). I made it up there OK, but I must admit it challenged me somewhat as I’m not good with heights or steep paths.

Criccieth Castle is believed to have originally been built by Llywelyn the Great at the beginning of the 13th century but was unfortunately captured by Edward I’s men half a century later. The castle was then renovated and remodelled. In the early 15th century Owain Glyndŵr’s men captured the castle and to prevent it being re-taken by the English, they tore it down and set it alight.

Now in the hands of Cadw, the castle can be enjoyed by visitors all year round (though, quite frankly, I wouldn’t fancy attempting climbing up there in the snow or ice!). Not only can visitors take in the history of the castle, but they can enjoy the spectacular views from high above the town – from the Snowdonia mountains to the Llŷn Peninsula coastline.

On a sunny summer’s Sunday morning, Mum & I sat on a bench just beneath Criccieth Castle, overlooking the east beach. We had explored the castle and thought it was time for a rest. Welsh hymns rang out around the bay as Criccieth Holiday Club led a service down by the beach. It looked well attended and the many kids in attendance seemed very excited about the activities organised for them that day.

Back down to earth, the castle’s visitor centre has a limited amount of refreshments available, but I would recommend a walk down the street to Cadwaladers for an ice cream. Cadwaladers have been selling ice cream in Criccieth since 1927… a testament to just how good it is!

Elsewhere in Criccieth: Check out The Castle Inn for a delicious meal. 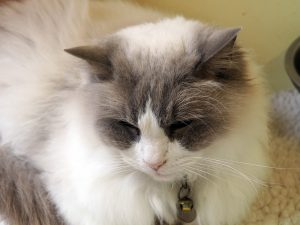