I’ve had a busy week and it all started with a trip to Manchester to see to wonderful Kiefer Sutherland.

Yes, less than a year after rocking Manchester last year, Kiefer was back, this time at Gorilla where he originally played in 2017. Monday night’s gig was an intimate evening of acoustic music, storytelling and a Q&A session. With it being a sit-down event, you’d expect it to be a little more subdued than the usual Kiefer Sutherland Band gigs, but the 200 strong crowd were just as excited and appreciative as the usual larger crowds.

Kiefer tells the most interesting (sometimes sad, often funny) stories between songs, usually about the songs themselves and the love or events that inspired them. Fans will know Kiefer likes his drink, so it shouldn’t come as a surprise to find out it’s a bit of a running theme throughout his songs. An example is his song “Can’t Stay Away”, you’d be forgiven for thinking it was about a girl (his friends certainly thought it was), but his daughter had him all sussed, she knew it was about a bar!

The Q&A session was a rare chance for fans to ask whatever they liked. Fans of 24 will be pleased to know that Kiefer hasn’t ruled out a returning to play Jack Bauer (as long as he doesn’t have to do too much running!). The question “Vampire or cowboy?” elicited the response “Vampire, of course! Sleep all day. Party all night. Never grow old. It’s fun to be a vampire!” (That’s The Lost Boys tagline, in case you didn’t know).

All in all, it was a brilliant evening and Kiefer looked like he was having fun too. 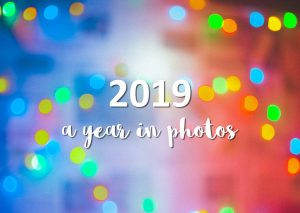