On a sunny April morning, down a narrow road in Much Wenlock, Shropshire, we found the tranquil ruins of Wenlock Priory. 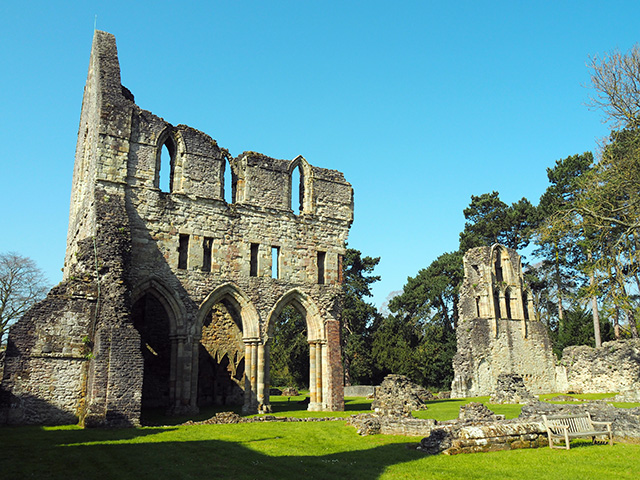 A religious house was first founded there around 680 AD by King Merewalh of Mercia. However, the ruins of the Priory there now date back to the early 11th century. Parts of the 13th-century church still stand high and it’s not hard to imagine that, in its day, Wenlock Priory must have been a sight to behold. 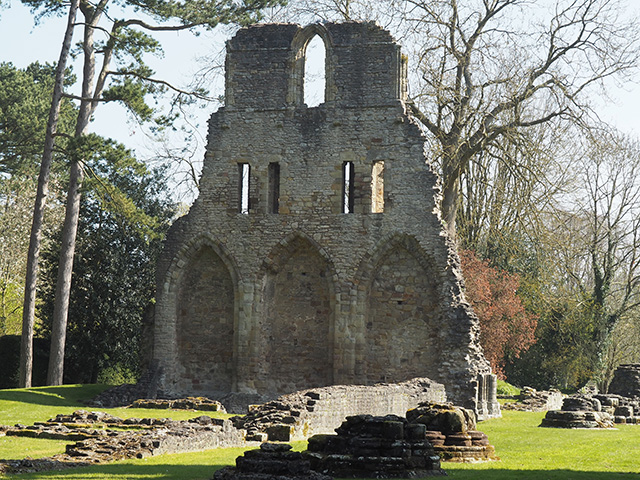 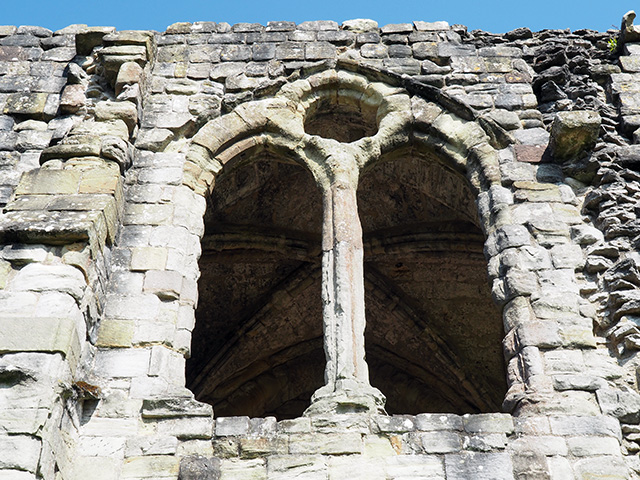 Unfortunately, we have King Henry VIII’s Suppression of the Monasteries to blame for the demise of Wenlock Priory. Over 800 years of monastic life at Wenlock had come to an end. The Priory was stripped of all its valuables in 1540 (gold and silver vessels and jewellery were taken to the Tower of London) and the buildings were sold. The infirmary and priory’s lodging were converted into a private dwelling-house (still in existence today, but not accessible to the public). The rest of Wenlock Priory was slowly demolished, with stone from the buildings being used to build local houses, farms and walls. At one point, the Priory even became a farmyard with cows being milked in the south transept of the church (imagine that!). 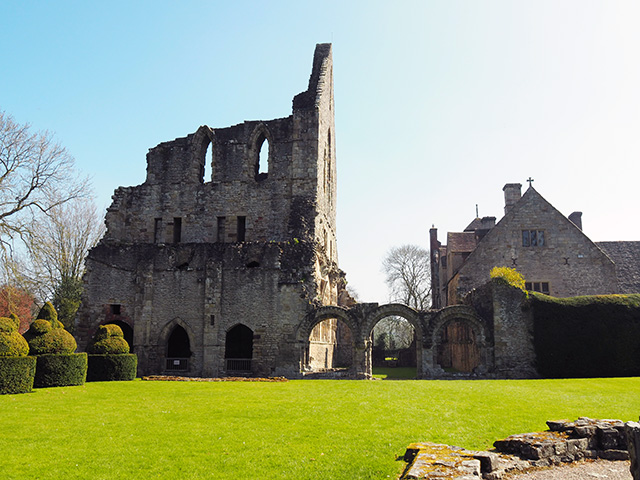 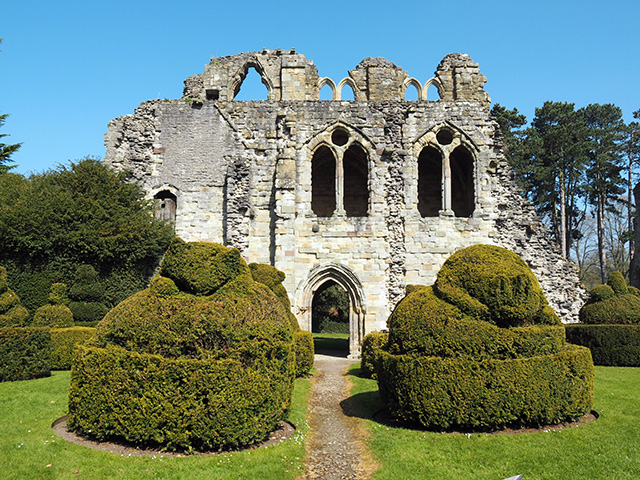 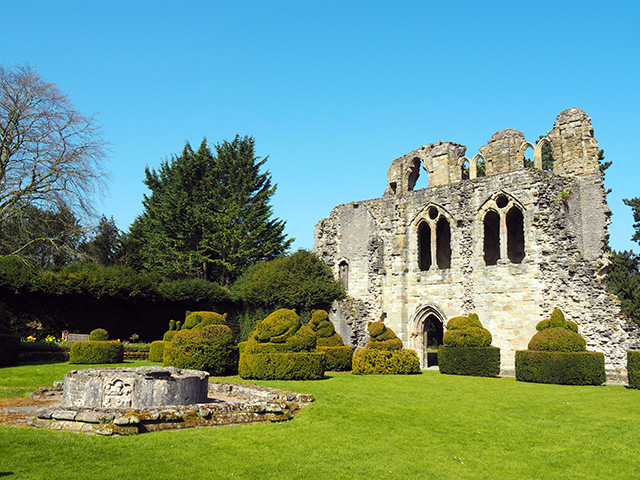 Today, the ruins of Wenlock Priory are in the hands of English Heritage and available for the general public to enjoy for many generations to come.

Entrance is through the visitor centre/gift shop (selling the usual English Heritage wares) and I couldn’t help but get a visitor guide and some postcards for my penpals. For those with disabilities, Wenlock Priory is accessible with a ramp into the visitor reception/gift shop and paths and smooth grass around the Priory and gardens (though English Heritage advises calling in advance for more information).

It was quiet when we visited and we almost had Wenlock Priory to ourselves. It’s a wonderful place to visit and it takes little imagination to see what this place might have been like when it prospered.

At the time of writing, Wenlock Priory is open from 10 am until 6 pm and is free to enter for English Heritage members. Entry for adults is £5.20, with concessions for children, students and seniors.

I’d recommend taking the short walk into the town centre of Much Wenlock. It is a picturesque, medieval town, renowned for its part in the 19th-century revival of the modern Olympic Games. It is only a small town but is host to some wonderful independent shops and cafes.

Other places nearby include Buildwas Abbey, Ironbridge and the Ironbridge Gorge Museums.

Note: A pay & display car park (for 25 cars) is right next to Wenlock Priory. However, because it only costs £1 to park there all day, many locals use it to visit the town centre. At first, we couldn’t park when we arrived, but thankfully a parking space soon became available. There is another car park in the town centre, if needed. 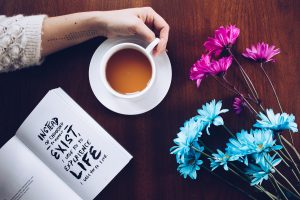